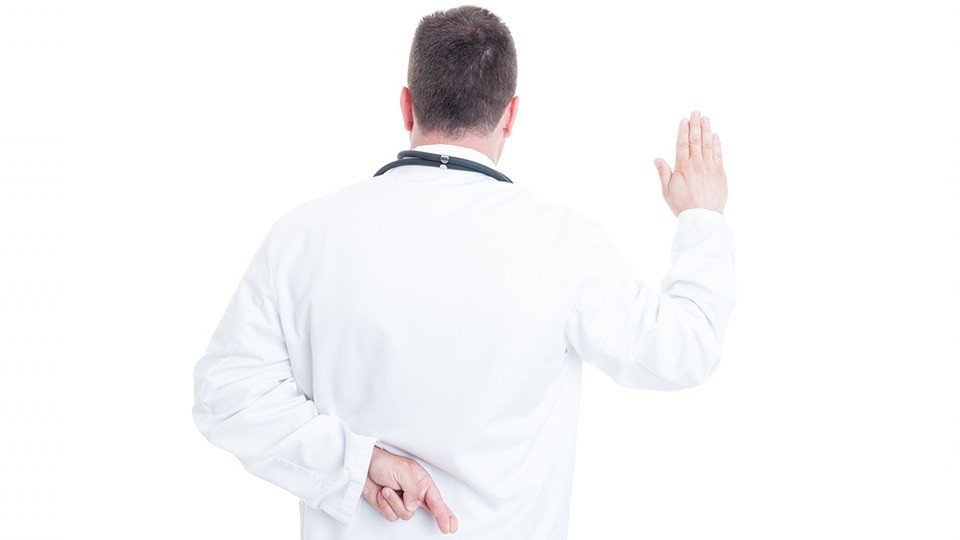 Dr. Lars Aanning lied. He lied under oath at a medical malpractice trial over two decades ago.    He says this lie has haunted him. I bet it has haunted the loved ones of the patient who died even more.  But no mention of that by this now retired doctor in a recent article, Doctor Confesses: I lied to Protect Colleague in Malpractice Suit.

Doctors lie. They lie for many reasons. One reason is that they do not want to testify against a colleague. But in a medical negligence trial, like the one Dr. Aanning participated in, the victim has to find a doctor to testify on his or her behalf. Otherwise, the lawsuit will be thrown out of court.

Medical Malpractice attorneys often have a very difficult time finding doctors who will testify against other doctors – even when there is crystal clear evidence of a bad mistake by the treating doctor. Doctors just don’t like to testify against other doctors. Now, it’s bad enough when a doctor won’t agree to participate by giving honest, truthful testimony. But, when a doctor affirmatively comes to court and lies, well that’s just despicable.

In Ohio, most medical negligence attorneys don’t even try to find Ohio doctors who will tell the truth about substandard care rendered by other Ohio doctors. It is almost always a waste of time. In fact, some hospitals actively get in the way of their doctors who otherwise might speak up on behalf of a patient. As a result, Ohio attorneys and their client-patients must look to doctors from out of state to come to Ohio and tell the truth.

It is true that a doctor who testifies truthfully against another doctor might lose a friendship or a referral source. That’s too bad. But it isn’t shameful. Shameful is turning your back on a patient who has been victimized by bad medical care, just so you don’t feel uncomfortable at a dinner party or lose a potential source of revenue.

Dr. Aanning is not alone. Sadly, I regularly encounter in my practice doctors retained by the defense who lie in their testimony. Some do it to preserve friendships or business arrangements. Some think it’s a game. Some do it for the money. Some just have no conscience. Don’t get me wrong: doctors sometimes lie in favor of patients, too. But, I will never use such experts in my practice, and the incidence of such conduct is much lower than the incidence of doctors who lie to protect other doctors. Doctors who provide false testimony in favor of patients get censured or kicked out of their professional societies. Charges may even be brought against them by a state licensing board. Doctors who lie to help other doctors avoid personal responsibility for injuring patients just get a pat on the back.

Various ethical codes governing doctors used to include statements encouraging doctors to assist their patients in obtaining just compensation for injuries suffered through poor medical care. It was considered part of being a real, ethical doctor to stand up and tell the truth about what happened to a patient. Most of those provisions have been removed. Apparently, standing up and telling the truth was too much to expect.

It’s nice that Dr. Aanning admitted his lies. But it is way too little, and it is way too late. His conduct prevented a widow from receiving just compensation for her loss. At this point, coming forward may help Dr. Aanning clear his conscience, but it doesn’t do anything for those hurt by his lies. “Coming clean” is surely the right thing. But I won’t be patting him on the back any time soon. He and those like him are cowards. Well educated, well respected, but cowards nonetheless.