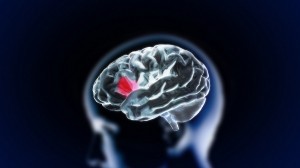 Lives are saved when aneurysms are treated properly

A brain bleed, also called a “cerebral hemorrhage,” can lead to severe disability and death. One type of brain bleed is the result of an “aneurysm.” An aneurysm is a bulge in a blood vessel that develops because of a weakness in the wall of the vessel. As blood flows through the vessel, the weakened area bulges outward. As it does, the bulging wall becomes thinner and thinner. Eventually, it leaks blood. If nothing is done to stop it from bulging, the vessel may burst (or “rupture”). A ruptured aneurysm can quickly cause shock and death. Survivors of ruptured brain aneurysms typically have severe stroke symptoms, as portions of the brain served by the bleeding vessel die. The medical malpractice attorneys at The Eisen Law Firm in Cleveland compassionately serve aneurysm victims. Our decades of legal experience enables us to hold the doctors that fail to meet their standard duty of care responsible.

Treating an aneurysm depends on medical professionals recognizing the symptoms

Brain aneurysms can be treated, especially if they are diagnosed promptly, before they burst. Doctors must be on the lookout for patients who come to the emergency room with complaints of excruciating headache. Patients with aneurysms often tell emergency personnel that they are having “the worst headache of their lives.” Sometimes aneurysms are identified by radiology studies done before they begin to leak. When that happens, various things can be done by medical personnel to prevent leakage and rupture. Medication often is used to reduce blood pressure, as high blood pressure will “inflate” the aneurysm. If the aneurysm is large, it may be “clipped” in a surgical procedure.

Of course, if signs and symptoms of a brain aneurysm are missed, or if medical personnel fail to take action promptly to deal with a brain aneurysm, the results can be catastrophic. At The Eisen Law Firm, we have successfully represented clients with severe injuries caused by the failure to diagnose and properly treat brain aneurysms. We have access to top-notch experts who can determine whether medical negligence occurred and whether proper intervention would have prevented a serious injury or death from brain aneurysms or other brain bleeds. The Eisen Law Firm recently reached a seven-figure settlement when medical professionals failed to recognize a brain bleed from a patient who was on Heparin. The man must live with severe disabilities the rest of his life.

The Eisen Law Firm can review your medical records to determine whether the injuries you or your loved one suffered from an aneurysm could have been prevented. We help clients throughout Northeast Ohio, including: Cleveland, Lorain, Columbus, Toledo, and Akron. Call us today at 216-687-0900 or contact us online to schedule a free consultation with an experienced Ohio medical malpractice attorney.