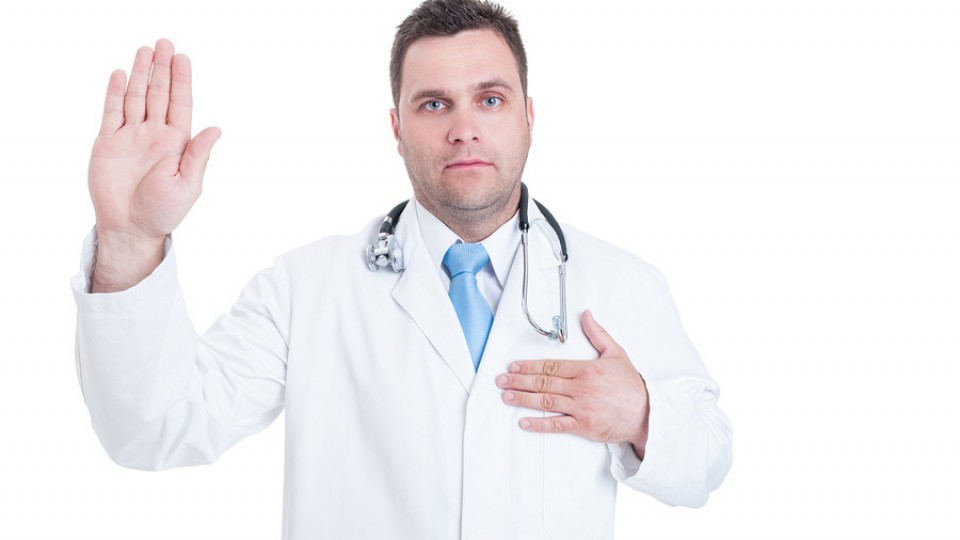 The Hippocratic Oath is one of the oldest of its kind. Named for Hippocrates, the Greek philosopher who penned the oath, the Hippocratic Oath has been used in medical schools for centuries. New doctors have traditionally taken the oath upon completing their studies and have promised to follow certain ethical standards in their practices.

The oath has changed over time, as medical science has evolved. The original version required the new doctor to promise “all the gods and goddesses” that he would share his knowledge with future generations, that he would keep patients from “harm and injustice,” and that he would maintain patient privacy. Additionally, doctors were required to promise they would not have sexual relations with patients, and that they would not give any substances to a patient that would cause that patient’s death (this included providing abortions to women). Many would also be surprised to learn that surgery was originally banned. It is widely believed that the ban on abortion and on surgery was due to the increased risk of infection so many thousands of years ago.

More recent versions of the oath have removed the sexual relationship clause, and the clause that forbids ending the life of a patient has also been deleted. One analyst has noted that the new language is broad and leaves the oath open to interpretation.

Many doctors view the Hippocratic Oath as symbolic, but modern laws do require doctors to follow certain parts of it—or else face legal trouble. For example, HIPAA, which requires physicians to keep their patients’ information private, was derived from the Hippocratic Oath. Violating HIPAA can result in significant monetary penalties.

The Hippocratic Oath, contrary to what many patients believe, is not legally binding upon physicians. The oath is perceived as providing general moral and ethical advice to doctors. However, these oaths serve as a reminder to physicians that they are part of a bigger cause, and that they have a duty to do what is best for their patients.

But what happens if your doctor does not do what is best for you? The most effective way to hold physicians accountable for their negligence is to file a lawsuit in open court, so that the world can see the allegations of negligence. Medical experts are often consulted in these cases to determine exactly where the negligence occurred. Medical negligence attorneys have very specialized knowledge in these types of claims.

If you have a medical negligence claim, contact us today

At The Eisen Law Firm, our practice is devoted to medical negligence claims. If you have been injured by a medical professional, our Ohio medical malpractice lawyers work hard to obtain the maximum compensation available to you under the law. To schedule a free consultation with our attorneys, call 216-687-0900 or contact us online.