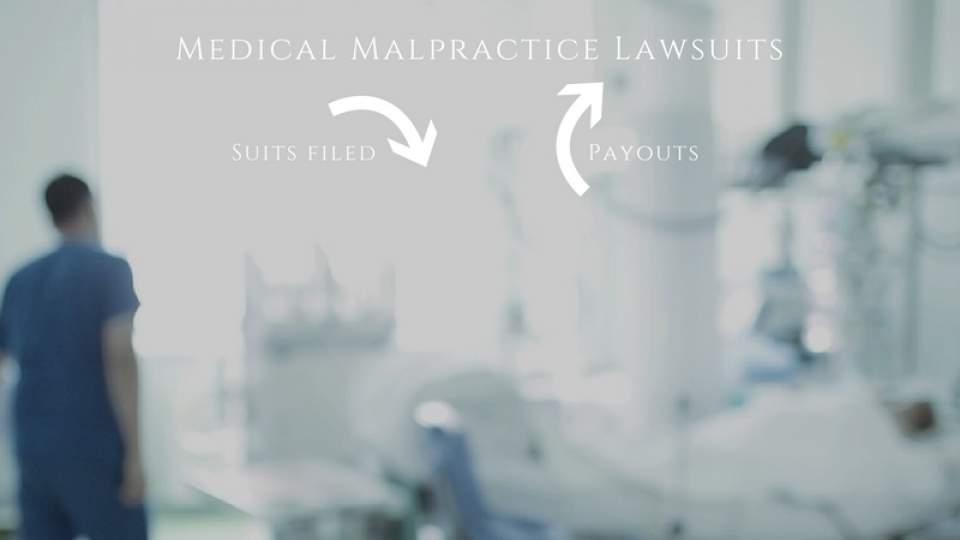 Medical errors are currently the third leading cause of death in the United States. Oddly, the rate of paid medical malpractice claims declined by 56 percent between 1992 and 2014. However, medical malpractice payout amounts have actually increased by roughly 23 percent since 1992. From 1992 – 1996, the average payout for a medical malpractice claim was about $287,000. From 2009 – 2014, the payout was approximately $353,000. Opposing trends have been observed—more patients are being injured by medical professionals, but fewer patients are being compensated. For those who do recover, the extent of the compensation has increased modestly.

According to Dr. Adam Schaffer, a professor at Harvard Medical School, tort reform may have something to do with the increase in the size of the payouts. There are a number of hurdles that medical malpractice cases face before they may proceed in court, including caps on recoverable damages and finding an attorney to take the case. These hurdles ensure that only legitimate claims move forward. Unfortunately, however, they also throw the baby out with the bathwater. Very legitimate cases of medical negligence often are not pursued, even though the negligence is clear. This is especially so where the victim is retired or a homemaker. Such individuals have no lost wages and their pain and suffering is “capped” by tort reform measures. As a result, it can be economically difficult to represent such people, even when it is clear they were injured from medical negligence. As “smaller” cases dwindle due to “economics,” the average payout goes up. That just makes sense: smaller cases aren’t filed, leaving only “bigger” cases; hence the increase in average payout.

Schaffer and his colleagues studied medical malpractice trends. Using the National Practitioner Data Bank, which tracks payments in these claims, they noted that there were more than 280,000 paid claims from 2009 – 2014. About 8 percent, or 22,400, of those claims were paid more than $1 million. Close to a third of the claims involved a patient death.

Another disturbing trend the authors discovered was that the top 1 percent of physicians with the most claims were responsible for roughly 8 percent of all claims. Schaffer commented, “The people with the most paid claims have a disproportionately large number of paid claims. We can’t say why that is. You may have neurosurgeons who do run-of-the-mill back surgeries, and then you have some neurosurgeons who do high-risk intracerebral aneurysms.” Some specialties are simply higher risk than others. Another possible explanation, of course, is that there are really some very bad doctors out there, and they repeatedly injure people through their carelessness.

Were you injured by a medical professional? If so, contact our Ohio medical malpractice attorneys for help