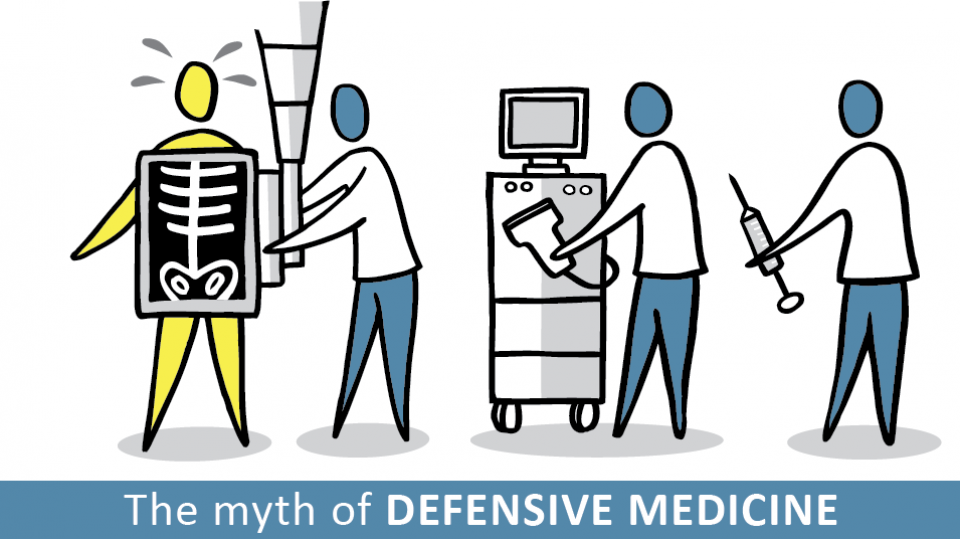 What’s the point of all those diagnostic tests?

Patients are well aware that doctors are nervous about medical malpractice lawsuits. Doctors who order test after test after test often claim that they do so to avoid being sued, but that isn’t necessarily true.

The truth is, doctors sometimes order extensive testing because it increases their revenue stream. Of course, they want to ensure patients are properly diagnosed, but because they have the ability to order a variety of pricey tests, they often do. These tests cost patients and insurance companies staggering sums of money every single year. In 2014, UCLA Medical School reviewed 2012 Medicare data, which revealed, “… high-earning clinicians make more money by ordering more procedures and services per patient rather than by seeing more patients, which may not be in patients’ best interest.”

Additionally, a doctor may order an array of tests because of the present workload in the office. A 2013 survey of hospital attending doctors published in JAMA Internal Medicine showed that 22 percent of physicians reported that their workloads caused them to “order potentially unnecessary tests, procedures, consultations, or radiographs due to not having the time to assess the patient adequately in person.” In other words, they order tests as a shortcut instead of spending time with the patient and thinking critically about a patient’s situation. Thus, perhaps the fear of a lawsuit is not actually the driving force behind increased health care costs.

In fact, even in states that have enacted tort reform measures, such as caps on the amount of damages plaintiffs are able to recover in medical malpractice lawsuits, the costs of defensive medicine have not changed. One would think, since the amount of money a plaintiff can recover is capped, doctors would not order so many tests and procedures. However, studies have proven otherwise. For example, a 2014 Temple University Medical School study demonstrated that imaging costs did not decrease in states with medical malpractice noneconomic damages caps. This suggests that even though doctor’s may believe they are ordering excessive tests to avoid legal liability, something else is going on.

The impact on Medicare costs has also been noted. A study led by Professor Bernard S. Black, a Northwestern University Law School and Kellogg School of Management Professor, studied healthcare spending trends in nine states that had implemented caps during the last “hard” insurance market – a period from 2002 to 2005. These numbers were compared to those in control states. The study found that “damage caps have no significant impact on Medicare Part A (hospital) spending, but lead to 4-5% higher Medicare Part B (physician) spending…” [emphasis in the original]. Thus, capping damages in medical malpractice cases may not reduce medical costs overall.

In conclusion, the perception that physicians order extra, expensive tests to protect themselves from legal liability and malpractice lawsuits simply does not stand in the face of the evidence. Unfortunately, such misconceptions have turned the public against plaintiffs in such cases. The public believes the myth that doctors practice “defensive medicine” so they don’t get sued, when in reality doctors order even more tests when their liability risk is reduced!

At The Eisen Law Firm, we have several decades of experience in handling medical malpractice claims. Our attorneys are skilled in representing clients in even the most complex cases. To schedule your free consultation and case review, call The Eisen Law Firm at 216-687-0900 or contact us online.