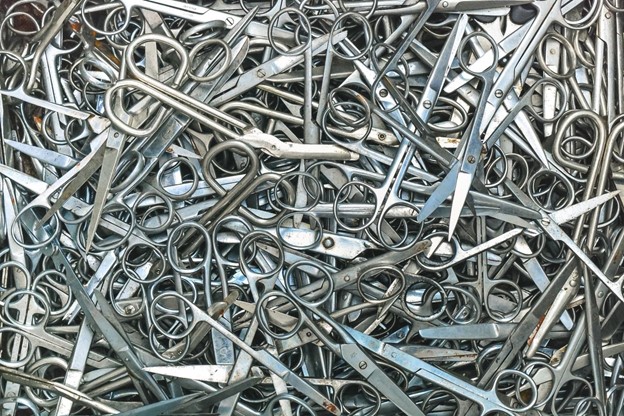 The phrase “never event” entered the healthcare discussion in 2001, when it was used by the National Quality Forum to describe medical errors that are so stunningly simple to avoid that they should, quite literally, never happen. The stark truth, though, is that the name remains a misnomer. Extremely preventable medical errors happen shockingly often, as you’ll see below.

6. More Than 11 Never Events Happen Per Day In U.S. Healthcare

Studies indicate that about 4,000 never events happen every year in the U.S. While these estimates are based on medical and legal records as analyzed by academic professionals rather than actual event counts, there is no avoiding the fact that never events happen.

Often, the true numbers of medical errors (including never events) is substantially underreported – believe it or not, even egregious acts like surgery on the wrong patient might go unrecorded on the official records. Hospitals and medical insurance companies go to great lengths to get non-disclosure agreements (NDAs) in malpractice settlements, so that the details of these cases can stay hidden. They usually accomplish this by conditioning any payments on the completion of an NDA. Only about half of the states in the U.S. have mandatory reporting requirements for never events, so it is difficult to know how often they truly happen.

5. Healthcare Coverage May Not Pay For The Costs Of Never Events

Recent changes in federal law mean that federal payor programs, like Medicare and Medicaid, will stop reimbursing medical providers for the treatment of certain complications resulting from avoidable errors. The idea behind these changes was that by putting the financial responsibility on hospitals and clinics, who are obviously better positioned than patients to avoid the errors, they would have an incentive to put systems in place to avoid these mistakes. Indeed, some healthcare providers have responded by increasing oversight of critical care decisions leading up to surgery, using checklists, and implementing mandatory reviews of post-operative tool counts, for example.

Medical never events in surgery add up to huge costs in the medical system, including:

Studies show that up to $1.3 billion was paid out in malpractice payments for wrong-site, wrong-procedure, or wrong-patient surgeries, as well as retained-foreign body incidents, between 1990-2010. But even more important than the huge financial losses caused by “never events” are the human costs: hundreds of deaths and many thousands of permanent injuries and disabilities that cause lasting harm and suffering.

As the name implies, never events in healthcare should be virtually nonexistent when everything is done correctly. It’s true that many outcomes in healthcare are beyond human control and depend on a range of factors beyond the extreme skill and care taken by doctors and nurses. However, “never events” by definition are preventable and avoidable, which is what makes their continued existence as a statistically significant part of American healthcare so infuriating.

2. Retained Foreign Objects Are The Most Common Never Event

In 2012, a study estimated that there are up to 1,500 cases in the U.S. of the most common surgical “never event”: retained foreign bodies in the patient after surgery. There are few things that are intended to remain in the patient after a successful surgery – implant devices, some support rods or staples as needed in orthopedics, and so forth – but surgeons leaving an object behind through negligent inattention is shockingly common. Several times a day, patients in the U.S. leave an operating room with more inside their bodies than they went in with.

The resulting complications can cause injury or even death. A metallic object can cause severe damage inside the patient’s body, while any foreign object left inside the human body, whether a sponge or a tool, can lead to infection or other serious complications.

1. Nearly Two-Thirds of Surgeons Are Named In More Than One Malpractice Report

Unfortunately, surgeons who operate negligently often are repeat offenders. Among surgeons cited in reports of malpractice events, 62% were cited more than once.

Never events happen more frequently than you might think, and a significant number of them happen as a result of surgery mishaps. If a medical professional’s mistake in surgery has led you or a loved one to suffer harm, you have the right to bring a lawsuit against that medical professional for compensation. Keep in mind that the time limit for filing your case in court can be as short as one year from the date of the surgery.

Medical malpractice cases based on surgical mistakes are extremely complex, so you will want a skilled medical malpractice attorney to help you understand your rights and guide you through the process comfortably. The Eisen Law Firm has spent more than four decades focusing exclusively on fighting for malpractice victims. We know how to hold careless doctors responsible and make them pay for the harm they have caused. We will work doggedly to help get you the financial compensation and justice you and your family deserve. For a free consultation, get in touch with The Eisen Law Firm by calling (216) 687-0900 or by contacting us online.