Wrongful Death Due To Delay in Lung Cancer Diagnosis

Results in a Multi-Million-Dollar Verdict 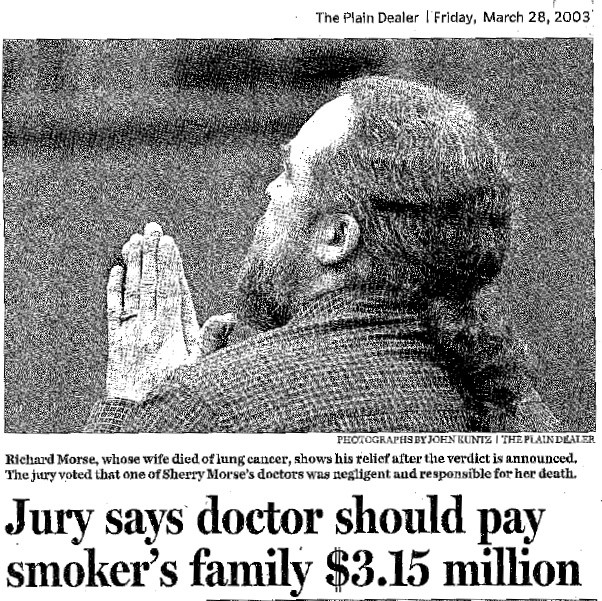 For over two years, Sherry Morse complained to her family practice physician of a cough. She was repeatedly advised she had “bronchitis” and was given prescriptions for antibiotics. Although she was a heavy smoker, her doctor never suggested a chest x-ray. Finally, a car accident led to an MRI and a chest x-ray. Mrs. Morse was diagnosed with Stage IV lung cancer and – after a long illness -- eventually died.

The Eisen Law Firm ignored the conventional wisdom that lung cancer cases cannot be won if the patient was a lifetime smoker. In these cases, the defense typically attacks the patient for smoking and expects the jury to punish the patient for her “vice” and ignore the doctor’s conduct. Rather than turn away Sherry Morse’s family, The Eisen Law Firm used the legal equivalent of “jujitsu” -- the ancient discipline of using an attacker’s own movements against him – and argued that Mrs. Morse’s long history of smoking is precisely why extra testing was required when she developed early potential signs of cancer.